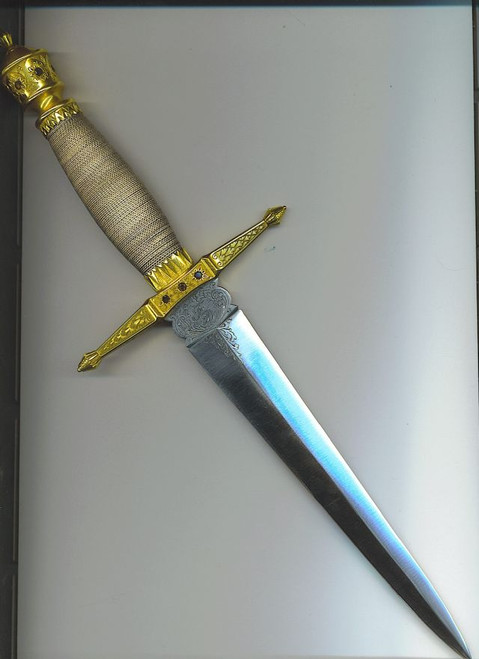 This dagger was presented to Frederich Dickel by Erich Honecker. In 1936/37
Dickel was a platoon leader and company commander in the Internal Brigades
during the Spanish Civil War. In 1961 he was a member of the Staff of the
National Defense Council for the closing of the state border in Berlin. In
1963 he became Minister of the Interior and Chief of the Volkspolizei
(People's Police) as well as Army General. He died in 1993. The brown
leather case is 8.25 inches wide, 17.75 inches long and 2.25 inches deep.
The dagger itself is 14.25 inches long. It is made with 24k gold. The grip
wire is five meters of pure silver. The dagger is decorated with twelve
rubies. Mint.