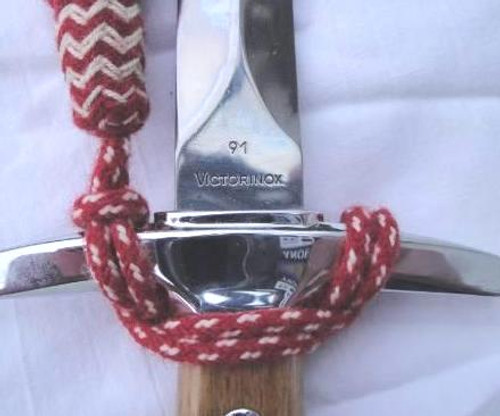 It appears that 1991 was the final year of production of the Swiss Model M-43.    I was told the final run of (1527 pieces) would be handed out as a presentation pieces and never to be worn on the belt.  When the last of these dolch's are to be handed out, thats it, they will never to be produced again.  The final run of (91) did not have any serial numbers, but the sheath is engraved with the NCO or Officers name, rank and presentation date.